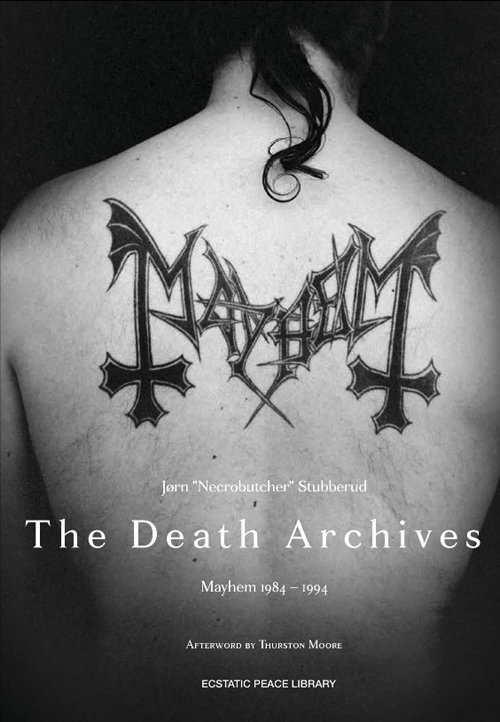 Signed copy of the new paperback edition of THE DEATH ARCHIVES: MAYHEM 1984-94 by Necrobutcher:

Mayhem are the most influential Black Metal band in the world, and obviously no strangers to controversy. Death Archives offer never before seen photographs and unique insight into one of music's most extreme subcultures. The Death Archives is a ravishingly illustrated first-person account of the birth of black metal in the Norwegian scene by Jorn "Necrobutcher" Stubberud, the founding member and ongoing bass player in Mayhem.