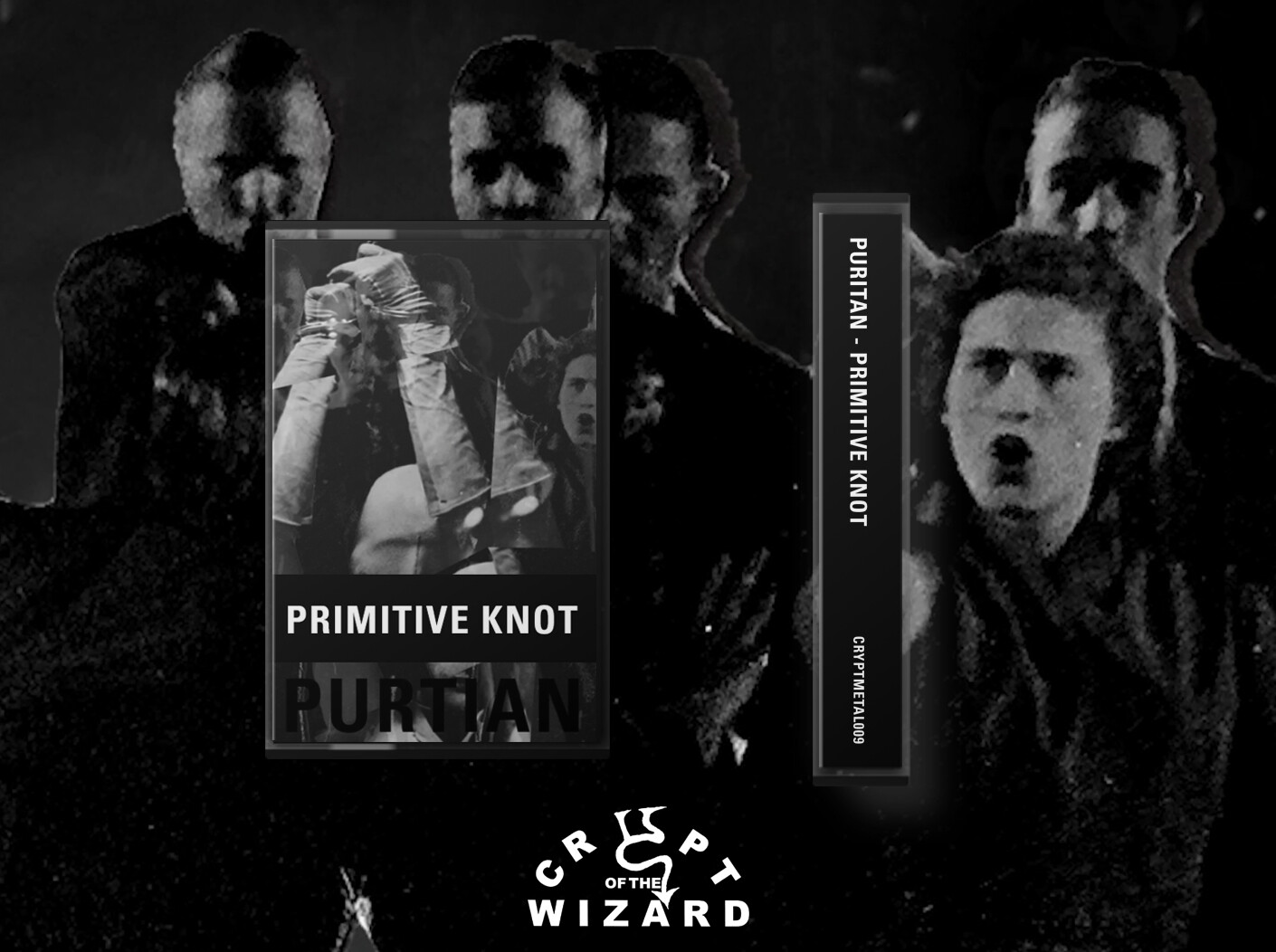 Crypt of the Wizard is proud to announce September 3rd as the official release date for Puritan by Primitive Knot.

Puritan sees a shift in the Primitive Knot project towards a harsher, bleaker sound. Unrelenting and vicious in their approach to music making, Primitive Knot's Puritan is like a stuck cog in an infernal machine, clunking and grinding itself into oblivion. From this interminable chaos a kind of rhythmic ritual arrises from the cold wash of static aggression, resulting in a perfect blackened dance music for the annihilation age. The listener will find themselves gripped in terror, mesmerised by this violent error music, which creeps with ignorant violence, like a malicious caveman at a computer console hitting the destruct button forever...

Due to set shipping costs on this item, if you order two or more copies you will be overcharged. We will immediately be refunded the difference in shipping via PayPal.