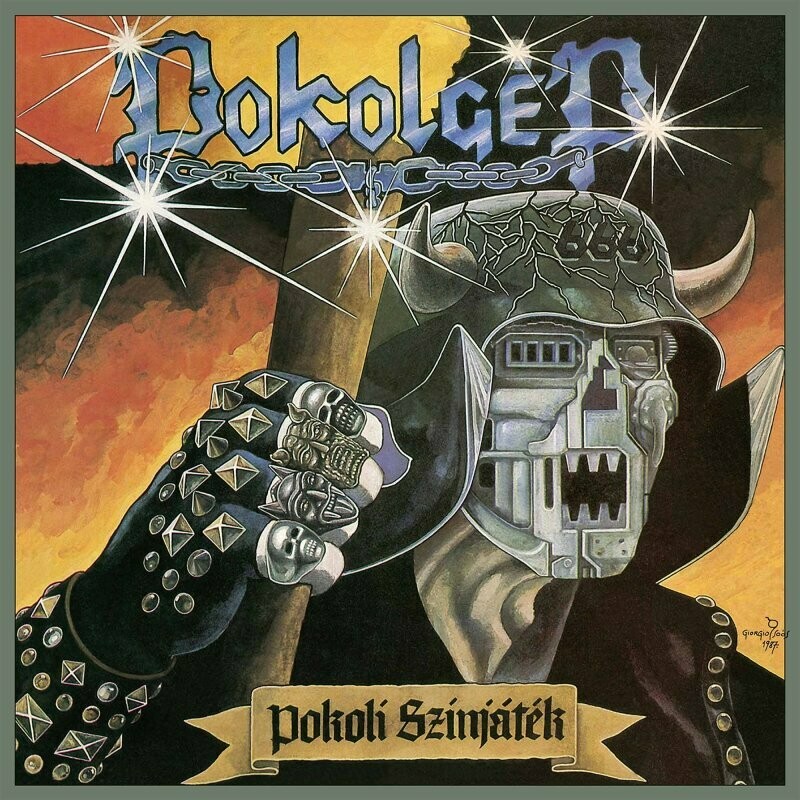 Formed in 1980 (under the name Kommandó) by Gábor Kukovecz and other long-departed members, Pokolgép began writing original songs around 1981, and at this point even had Endre Paksi (later of Ossian fame) on bass. An appearance on Hungarian national TV in 1983 brought them nation-wide recognition, which led to the release of two rare singles in 1983 and 1984. Their first full-length album came out in 1986, and this lineup stayed constant until 1990. A new vocalist, József Rudán, was brought in, who replaced József Kalapács, (who went to form Omen). The band broke up in 1994 and reformed in 1998, and are active today.