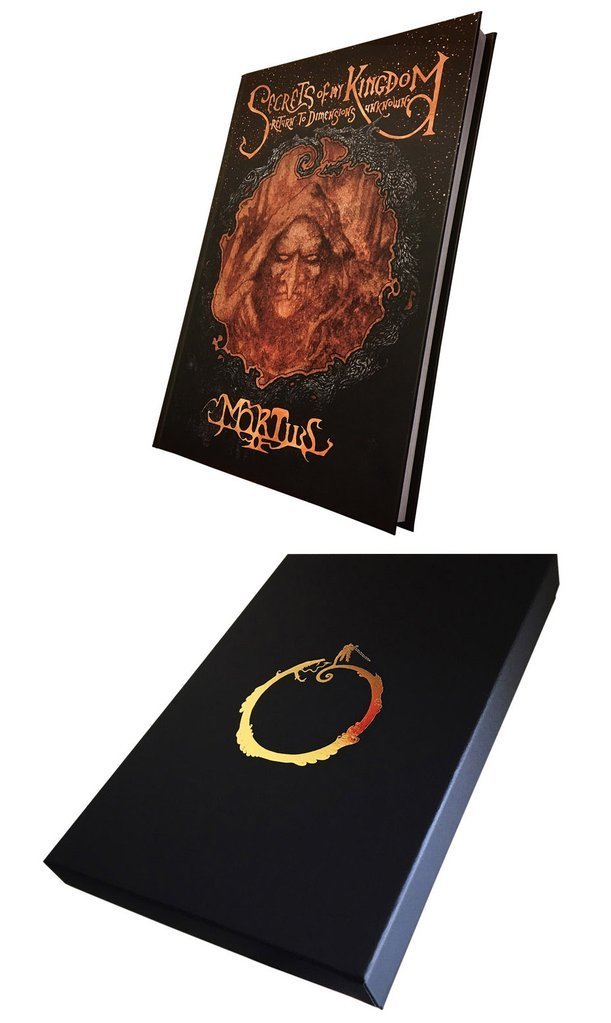 Mortiis Boxset: Secrets Of My Kingdom: Return To Dimensions Unknown

Created back in the 1990s and originally released in a highly limited edition form, Secrets Of My Kingdom provides an unforgettable insight into the otherworldly creations of dark ambient godfather Mortiis. The book, published by the amazing Cult Never Dies, is an utterly unique and compelling collection of writings and illustrations (created by a number of talented artists), it significantly fleshes out the rich universe that is glimpsed within those early musical releases. Considered a legendary tome by fans, the rare original changing hands for literally hundreds of dollars today.

The luxurious special edition signed embossed boxset includes, a 12 piece 350gsm art print set featuring exclusive artwork and images never before seen in colour, a certificate of authenticity signed by Mortiis himself and a 16 page recreation of the rare 1993 'Født...' booklet, originally limited to 50-100 copies.

- Set of 12 high quality 300gsm art prints 30x21cm large featuring exclusive art and artwork from the main book that since 2001 has only been seen in black and white format.

- Certificate of authenticity signed by Mortiis himself