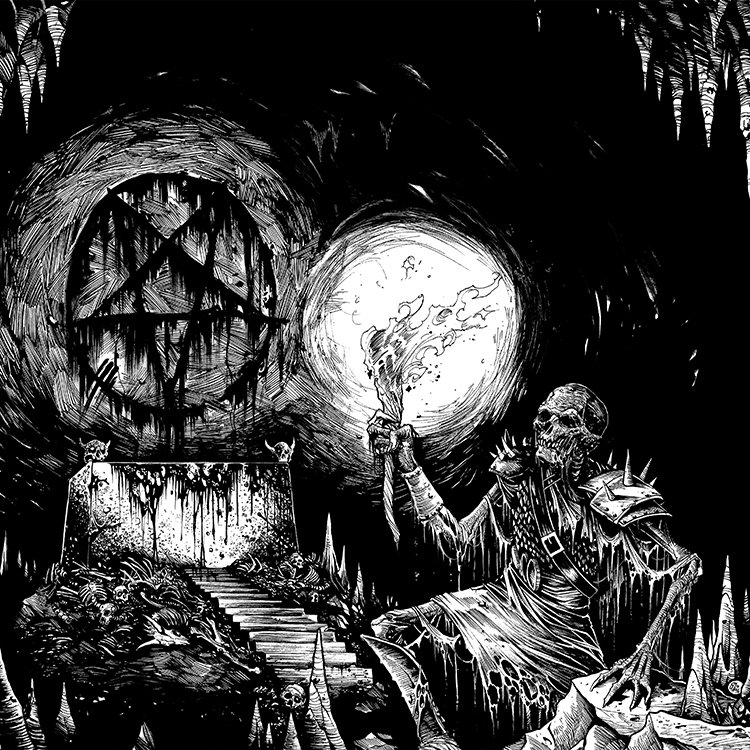 Released in conspiracy with Blasphlegmy Records

US customers please get your copies from https://blasphlegmy.bigcartel.com

Knight Terror’s first official release was a 7” EP which came out earlier this year on Crypt of the Wizard Records. This fast blast of chaos introduced the Metal world to the distinctive flavours the band had to offer - serving up raw Blackened Thrash taking harsh sonic cues from Bathory, Sodom, Venom, and of course Hellhammer. Conjuring a Death Creature, the band’s first full length continues down this primitive vein, assaulting the senses the old way creating some of the most ignorant caveman riffs this side of Triumph of Death.

The band was formed in the year 2007 in Portland Oregon by Curt and Cole. The duo each chose an instrument of unfamiliarity to create their original primitive style. After years of zero focus, living on different coasts and hitting a few life bottoms, the boys were ready to get serious bringing their raw, shabby, Necromagnon Basement Metal to the stage and record. In 2017 they recruited the ancient one - Dimmn'r to fulfil bass duties thus creating the current power trio. No frills, no flash, the band is currently running at full speed ready to set the stage as the opening act for the end of the world. FUCK YOUR INFERNAL HAILS. Knight Terror bows to none!