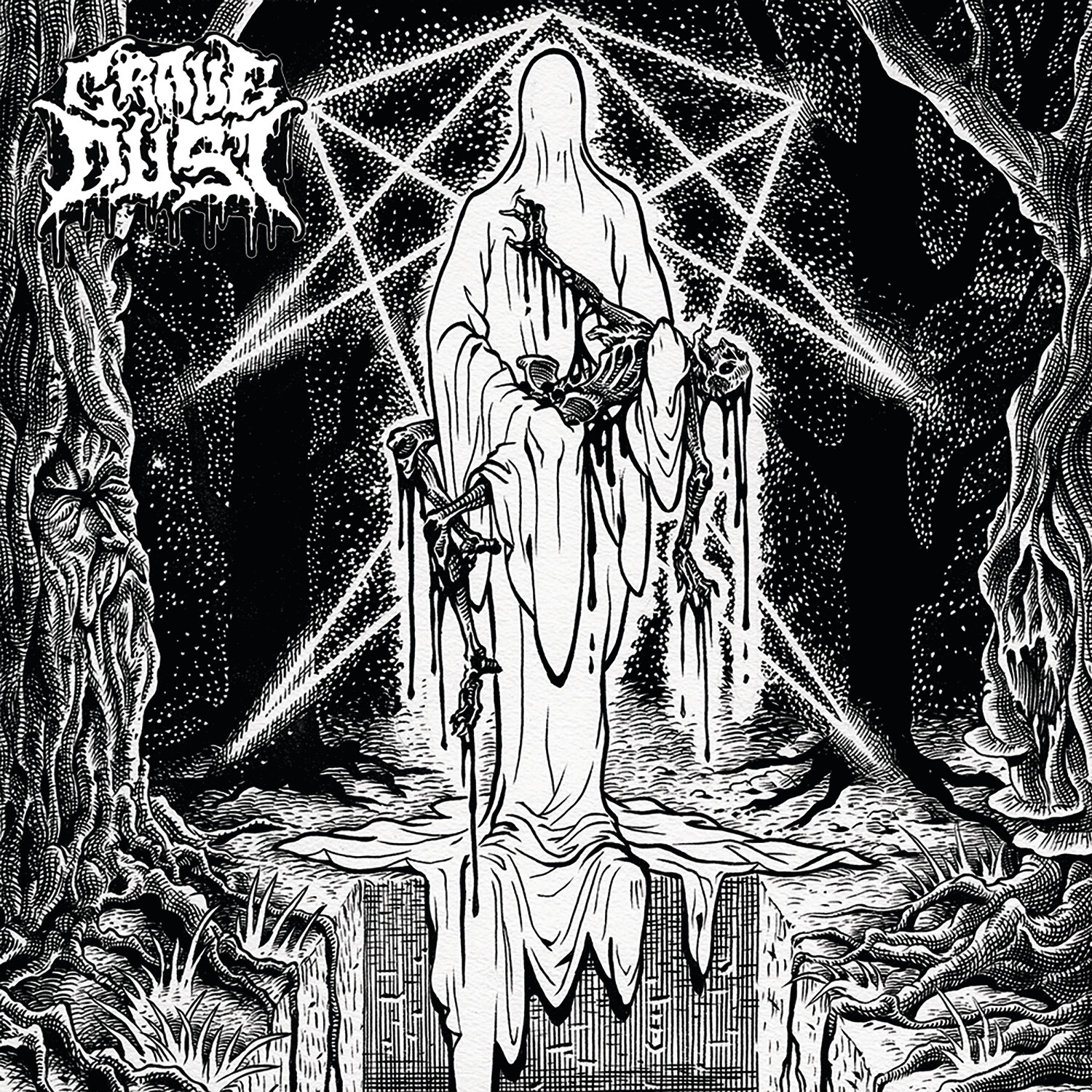 Five hypnotic hymns of old school Death Metal devastation from the putrid Portland scene. Grave Dust play the kind of brutal, straight ahead Death Metal that only the nastiest nightmares are made of, fast and furious, and pulsating with low end synths invoking 1980’s horror film soundtracks.
Oozing with atmosphere and malice, and driven by huge knuckledraggin riffs The Pale Hand, Grave Dust’s first effort, sounds more like a well seasoned band at the height of their powers.
After a series of glowing reviews from Decibel, Cvlt Nation, Vital Vinyl Vlog, indymetalvault among many others their cassette demo sold through several pressings. Now Crypt of the Wizard records brings you The Pale Hand on vinyl for the first time, with a new master by Dan Lowndes.
If you dig crushing and horrific old school Death Metal, I think you just found your new favourite band.
Prepare for the Pale Hand!