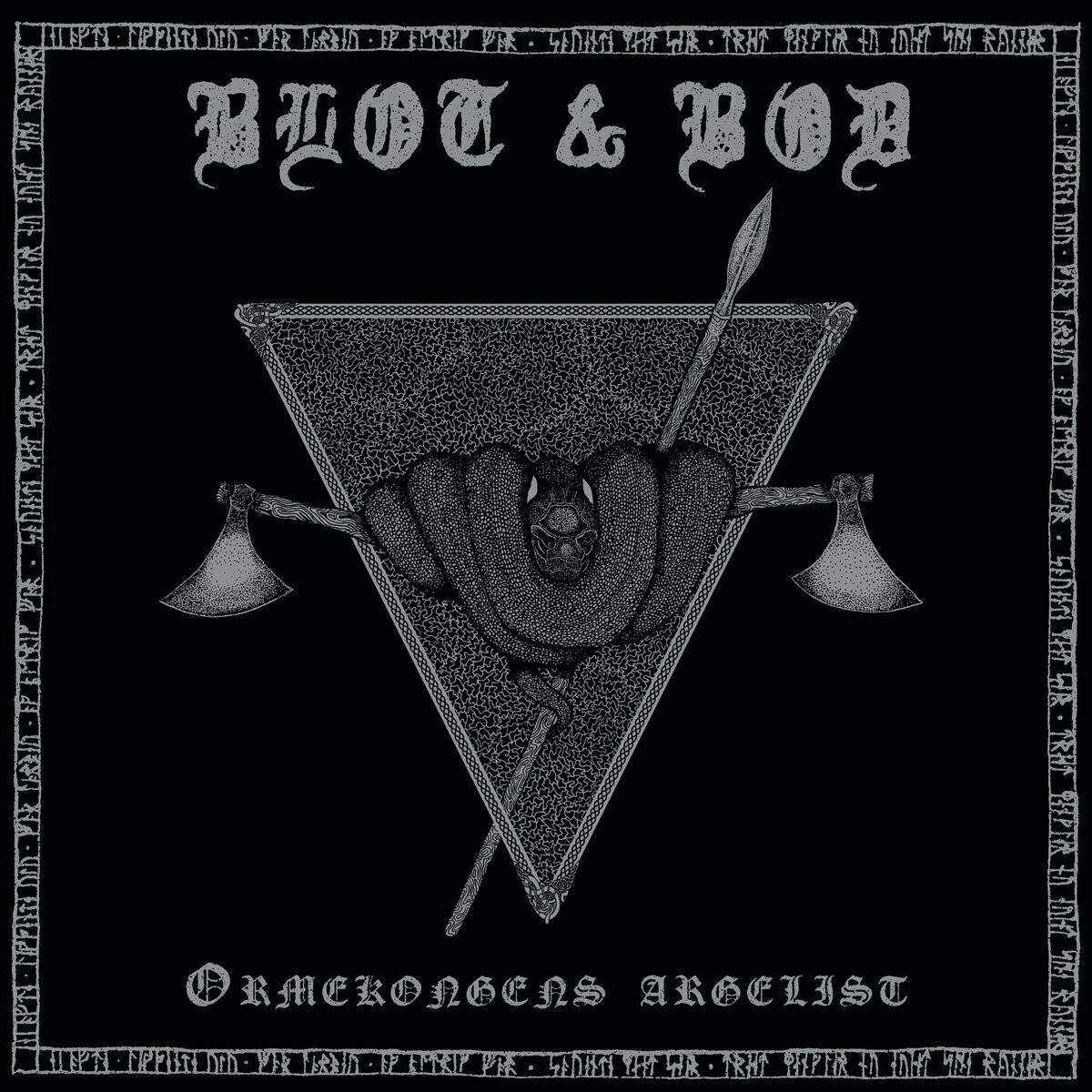 Blot & Bod is Jøran Elvestad and brothers Erik and Jesper Bagger Hviid - a Norwegian and two Danes. The trio serves in the new wave of DKBM under the Korpsånd banner, with members also taking part in such bands as Jordslået, Grifla da la Secta, War is Aer, BRODER and Ærekær. Just one year ago, the band released their debut album, Ligæder, on vinyl LP format through Iron Bonehead. Although it was initially released on cassette (as was their debut EP) through Fallow Field, this Iron Bonehead edition of Blot & Bod's debut album spread their name far and wide, proclaiming a new iron-fisted iteration of primitive black metal fury.

Wasting little time nor resting on any laurels, Blot & Bod intensify that iron-fisted iteration with a swift 'n' decisive second LP, Ormekongens Argelist. As every other release from the aforementioned Copenhagen scene, Ormekongens Argelist was recorded in a studio at the legendary venue Mayhem, ensuring clear-yet-cutting production that heightens Blot & Bod's bloodthirsty attack. From their mutual cultural heritage and through their respective native tongues, the power-trio have fully established a framework of Norse mythology, where they throw you deeper into head-first into their idiosyncratic battlefield. Just like on Ligæder, here the swords of both mind and body cross blades till they are worn down to grains and are ready to be forged back into shape.

No great changes take place across Ormekongens Argelist, nor should they: Blot & Bod have crafted a singular sound that's reverent of black metal traditionalism but by no means is bound to it unnecessarily. Simply, their spiritual spectrum is more focused than ever, a joyously violent bounty of minimal-is-maximal songwriting executed (literally) with the fury and finesse of craftsmen quickly becoming cognizant of their boundless powers. And, just like that, within 30 minutes is Ormekongens Argelist concluded, and Blot & Bod emerge transcendent. Burn brightly, burn quickly, but never fade away...